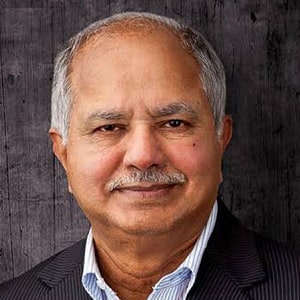 Dr. Reddy’s research interests include the study of human-computer interaction and artificial intelligence. His current research interests include: Technology in Service of Society, Voice Computing for the 3B semi-literate populations at the bottom of the pyramid, Digital Democracy, and Learning Science and Technologies. He is a member of the National Academy of Engineering and the American Academy of Arts and Sciences. He was president of the American Association for Artificial Intelligence from 1987 to 89.

In 1994, he was received the ACM Turing Award, the highest honor in Computer Science, for his contributions to the field of Artificial Intelligence. He served as co-chair of President Clinton’s Information Technology Advisory Committee (PITAC) from 1999 to 2001. In 2006, he was the recipient of Vannevar Bush Award, the highest Award of the National Science Foundation in the United States, for “lifetime contributions to science and long- standing statesmanship in science and on behalf of the nation”. Dr. Reddy was awarded the Legion of Honor by President Mitterand of France in 1984, Padma Bhushan by President of India in 2001, the Okawa Prize in 2004, and the Honda Prize from Japan in 2005.