Shiv Nadar University, Chennai starts a new student chapter with the inauguration of its student club activities. The clubs play an immense role in the holistic development of the students by providing them creative freedom and expression alongside academics.

Each of the clubs has been established with students involved in every step, adding to their overall development and helping them gain invaluable experience. The clubs cater to a wide range of interests among the student body. The clubs include Rhythm for the dancers, Handila for the artists, Capturesque for the photographers to name but a few.

The event started with the convocation song sung by the members of Isai (Music Club). Followed by a speech delivered by the Vice-Chancellor, Prof.S.K. Bhattacharyya, where he mentioned how grateful he was to speak about the clubs and wished the students success in their future endeavours. The vice-chancellor advised the students to manage the club activities alongside academics. He stated that he wants the students of SNU C to be all-rounders and make a mark for themselves in this university. He wants the students to actively take part in various clubs and showcase their talents. He also lavished praise on the great mathematician Srinivasa Ramanujan and wished for his legacy to continue. After which the Pro-Chancellor, Dr. Kala Vijayakumar, addressed the crowd. She was impressed by the names of the clubs and praised the students for enthusiastically participating in forming different clubs. She also called the sky the limit for creativity and expects a lot from the students of SNU C. She spoke about the club’s role in providing an all-inclusive development and how they will give the students the skills of leadership, teamwork, and communication. She was very impressed with the artwork done by Handila ( Art Club). She felt very pleased to be present at the inauguration of the student clubs of SNU C. She was particularly very impressed with Omnia extending full support to the club and was moved with their LGBTQ+ awareness initiatives for the whole of SNU C. Following this, a short video summarizing the events planned by the clubs and their objectives was unveiled.

After which, the chief guest, Mrs. Vaishnavi Vigneshraja, delivered a speech congratulating the students and wishing them the best. She also offered to help the clubs and shared some points from her past as a student in SSN. She relived her memories of singing and dancing in the auditorium. Just like the pro-chancellor, she was in full support of Omnia and believed in their objectives. Being an alumnus of the sister institution of SNU C and having attained a lot of accomplishments in the field of art, bringing her as the chief guest was the right choice all way along. Following this, Isai (Music Club) performed for the audience a wide variety of songs, ranging from English to Tamil and instrumental. Next Rishikesh (IoT B) spoke on Mathematics Day, elaborating on Srinivasa Ramanujan and his work in the field of mathematic. Later, Rhythm (Dance Club) entertained the crowd with a classical and western piece with both group and solo performances. Finally, Dr. P.Venugopal closed the event by delivering the vote of thanks, appreciating the students and faculty for their work in making this event a grand success, marking the end of the eventful event. 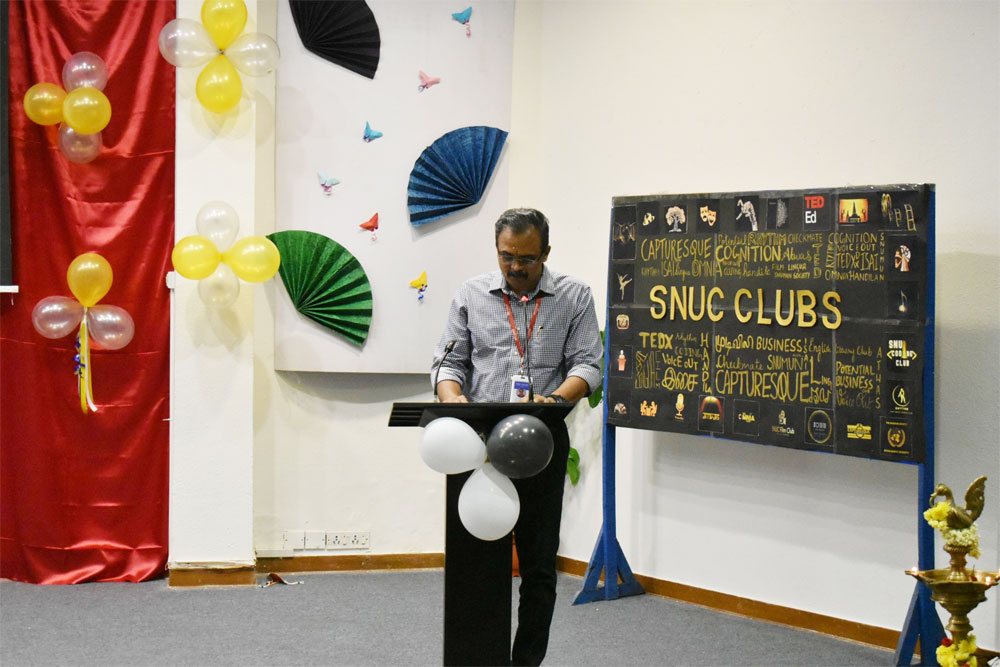 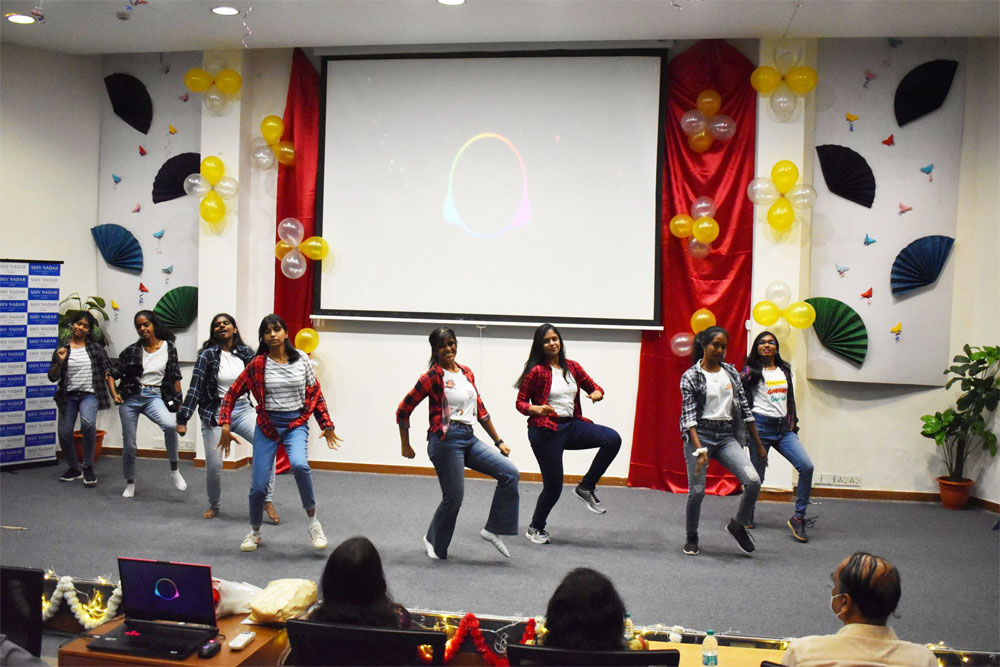 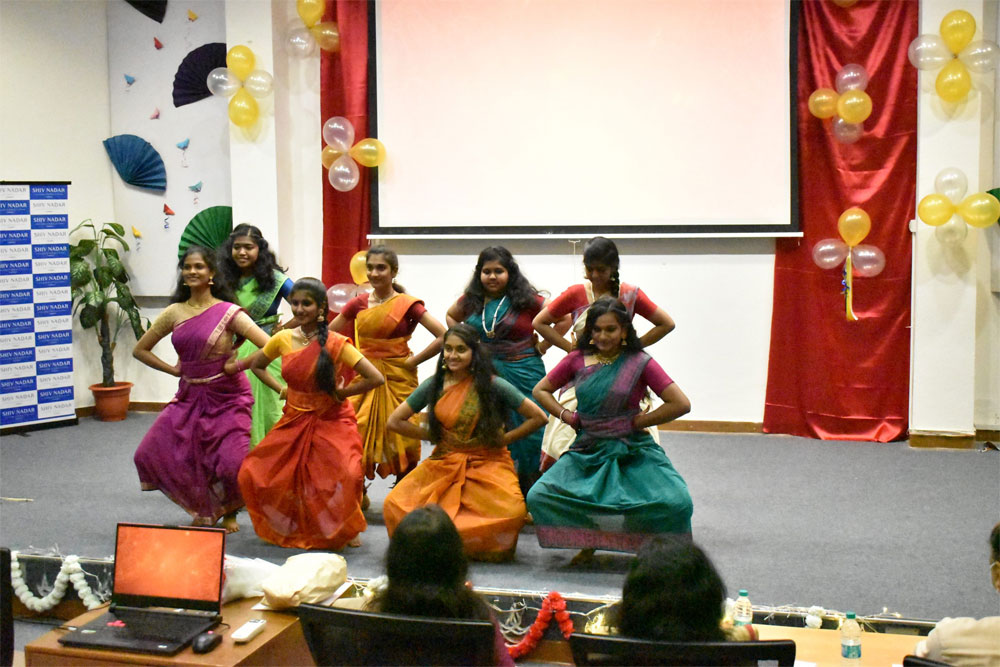 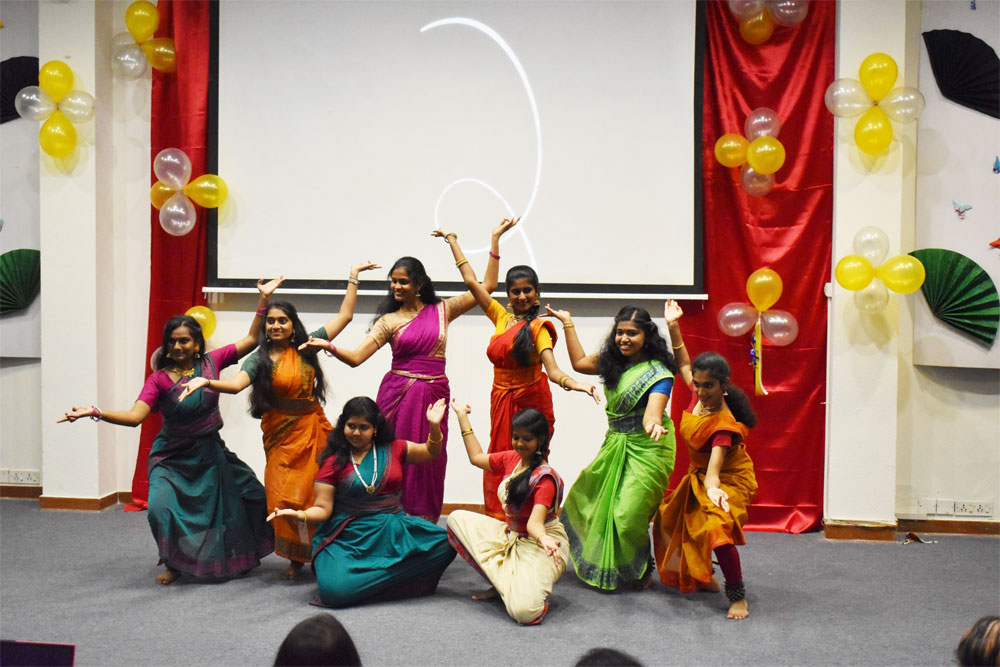 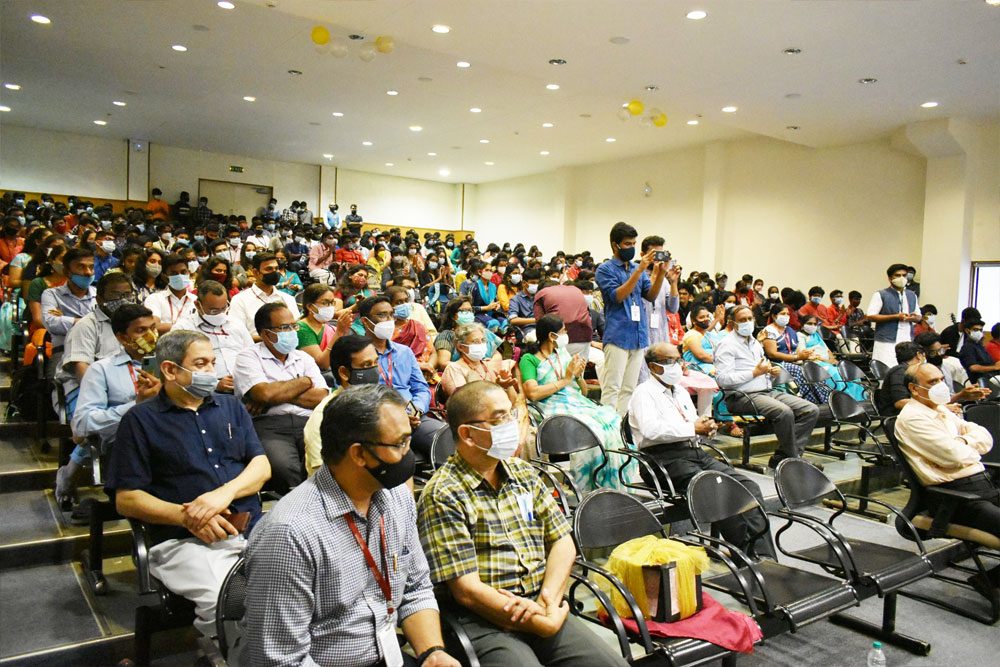 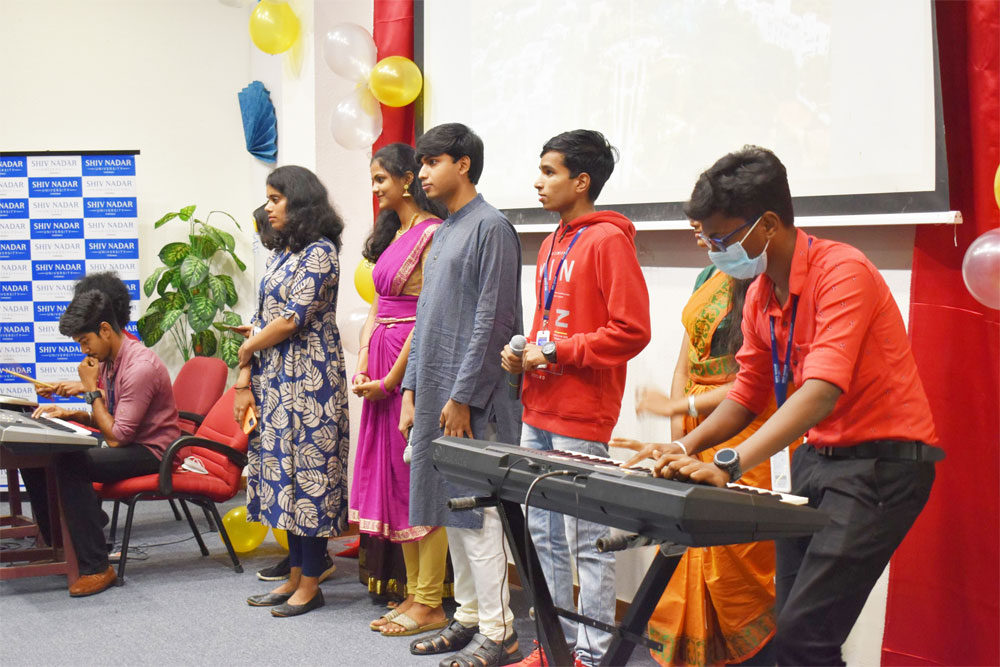 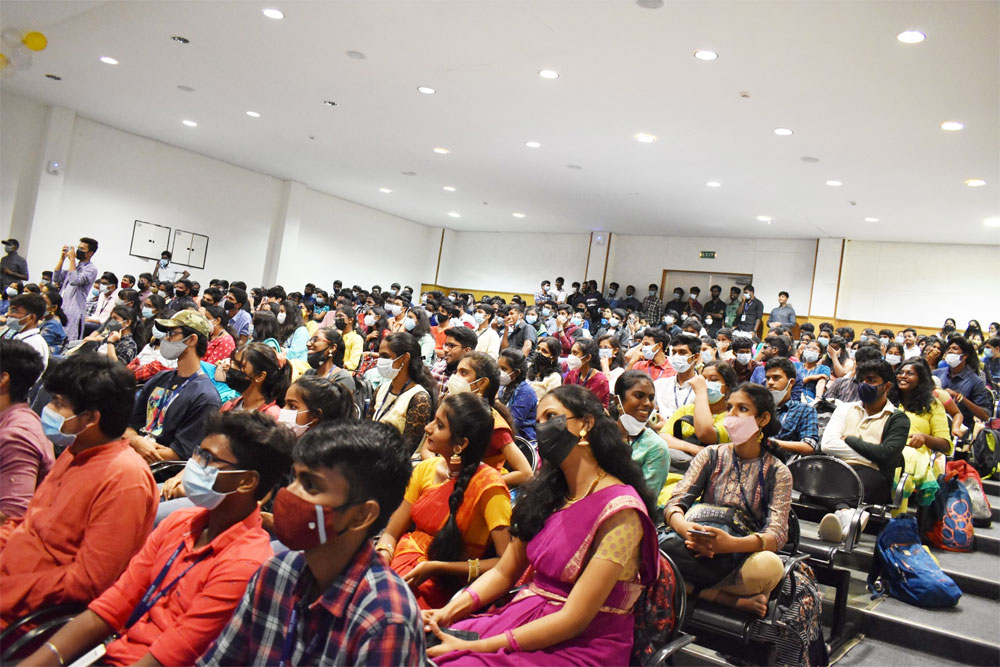